As you read this our tent is going up. Thousands know we are coming. A rare kind of unity exists between leaders here, and an amazing anticipation is in the air. We have more volunteers and prayer warriors for this event than any previous tent crusade. There is a buzz on the streets.

Many who are involved in this outreach are starting to talk about an awakening. They seem to sense that we could see a revival—and they don’t mean just ‘a good meeting’—they mean a moral outbreak that could sweep an entire region into the kingdom of Christ. I am talking about Dinuba, California.

So tonight I am pondering a great question: What starts a revival?

Here we are, two thousand years after the church began, and Christian theologians still don’t know what starts a revival.   Authors by the dozens release new books to tell us what the “steps for revival” are.  No sooner are they out, than the Spirit falls in a manner that totally contradicts their books.   As soon as we add a “step” to revival, God steps over our step…

Often past revivals are no help because history shows that the old revival usually opposes the new revival.  It seems dangerous to be tagged an expert on revival.  As the old rock song says, “If I claim to be a wise man then it surely means that I don’t know.”

Revivals have started in more ways than you or I can imagine.  Some began among children.  Some started in prisons. Some were touched off by the very people the church despised the most.  Has God kept us clueless about revival because He knows that anything that we can analyze we will try to control? It is certainly in us to do that, and there is no getting around it. 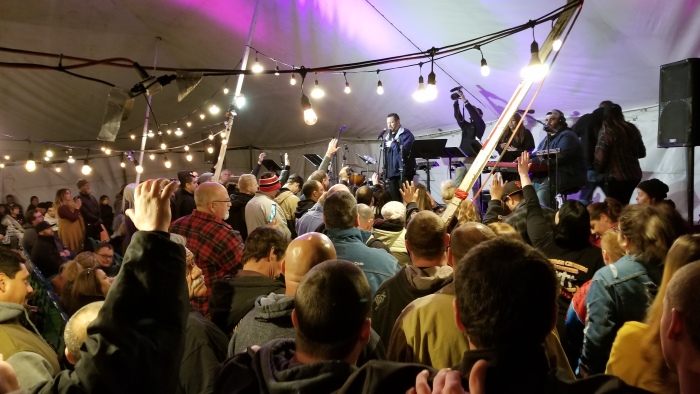 So why isn’t the devil happy?  We are divided, disorganized and ignorant of his devices.  There is no major threat of revival in America, am I right?  But the evil one does not relax.  Does he know something we don’t know?   Like maybe revival has never been actually caused by the church?  Does he remember how many times revivals have hit him by surprise?  Does Satan respect one aspect of revival more than we do—that revival can strike at any moment, in any place, through any believer?

Okay, let’s face it, it is truly beyond us to know how to start a revival, and Satan doesn’t know how to stop one.  That, dear pilgrim, is called an impasse.  Only God can break the tie.  So what can we do?  Brace yourself:  WE NEED TO LOOK AT GOD!

WE NEED TO LOOK AT GOD.  Get this, and you have taken a giant step forward.  We need to be watching God.  But that is so simple and obvious.  So, if it is that simple and obvious, then why aren’t we doing it?  Why in fact are we doing everything else but that?  Again, is it because Satan knows how to busy us with stuff that seems holy, but is irrelevant to revival? 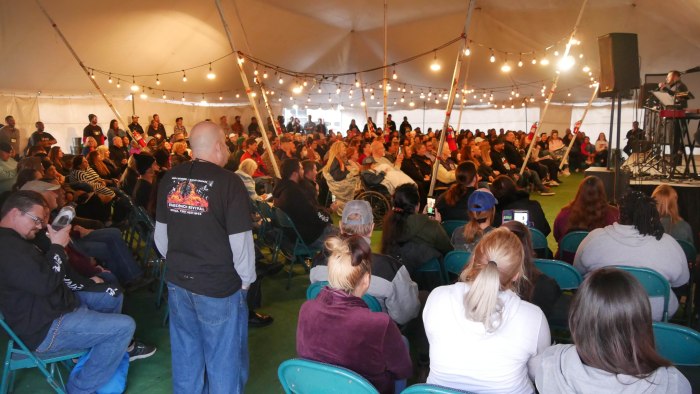 God is looking for a relationship with those who want revival.  Exodus 31:18 is a strange verse.  It says, “And he gave unto Moses, when he had made an end of communing with him upon Mount Sinai, two tables of testimony, tables of stone, written with the finger of God.”  Israel has been waiting for centuries to gain legitimacy, because with the Law comes an identity and a legacy.  So why does God instead delay it for weeks so He can commune with Moses?  Here’s the rub: You want revival, but God wants you.

Is it possible that in all of our arduous efforts we have overlooked the most amazing simplicity in the entire universe:  “If you abide in Me and My Words abide in you, you shall ask what you will and it shall be done.” (John 15:7)  Can it be that simple?

Revival is the natural result of getting so close to God that His secret takes hold and that ignites a chain reaction with others who suddenly cannot live without intimacy with God, and so and so on.

When can we know that revival has started?  In my studies, I have noticed a common denominator among the great revivalists who have led the great revivals.  They had an unshakable conviction that a revival had already started.  No matter what anyone said or did, they would not back down from the confession “revival is here!”   Much of their preaching was devoted to this conviction.

Jesus said, “Do you not say, ‘There are still four months and then comes the harvest’? Behold, I say to you, lift up your eyes and look at the fields, for they are already white for harvest!”  (John 4:35)

Revival-starters kept an infectious declaration going, no matter what.  Though the people around them felt that revival was months or years away, the revivalist says, “NO! IT IS ALREADY HERE!” 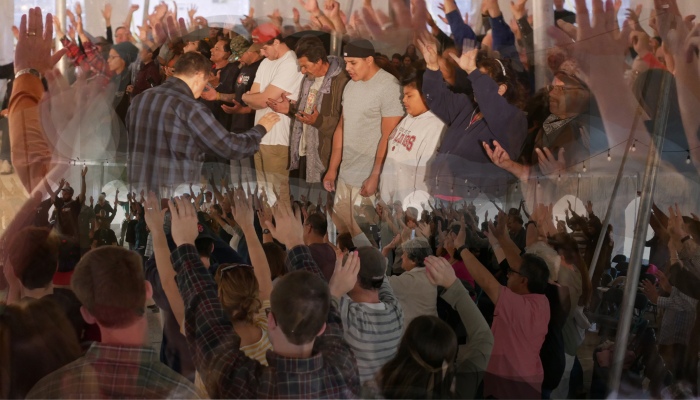 Again I ask, when can we know that a revival has started?  I got my answer one day at the beach when the tide was out.  Gentle white foam tickled my toes.  And the still small voice of the Lord spoke to me, “No matter how small that wave is, it is an ocean wave.  It is a relative of the tsunami.”

Yes, a tidal wave can travel at 500 miles per hour, yet it is still nothing but an ocean wave, just larger.

“A bruised reed shall he not break, and smoking flax shall he not quench, till he send forth judgment unto victory.” (Matthew 12:20).   This verse is saturated with much meaning, but I will limit myself to the part about the smoking flax.  Jesus is not going to put out any fire, no matter how insignificant it looks, until justice is victorious.

The first time you cried out for America to be saved, God took you at your word and started a revival fire in you. The first syllable that was spoken in prayer for revival at any gathering where women prayed, began the revival.  The first time a pastor told his people how much we need revival, the spark was ignited.

The job now is to cooperate with God for bigger and bigger and bigger waves.  The tide rises as the revival core pays the price of obedience.   If they keep to the intention of the revival, it will intensify.  If they refuse the hand of man, and the ways of Baal, the waves will continue to come, in faithful and ever increasing power.

How else can I say it?  You are a revival-starter, simply by wanting more of Jesus!