Still thinks its a game

The Democrats have made it plain: free healthcare for illegals paid for by you. They are not hiding anything. They want the right to kill newborns. They will force the church to stop teaching God’s word on sexual immorality. They will remake America. We see their true colors. They couldn’t be any clearer.

What I don’t get, is how the American church can still think this is all a game.

Because of man, and nature—planet Earth is ready to explode—not from global warming but from moral cooling.  Matthew 24:12 “And because lawlessness will abound, the love of many will grow cold.”

Meanwhile, the church—like passengers partying on the deck of the Titanic—pats herself on the back for what she considers her ‘big events.’

Nothing has stopped America’s headlong depravity. Nothing has even slowed it down. We have spent more money, more time, and more talent than ever—yet the church never asks, “Why do we keep doing things that don’t work?” Why can’t we impact culture?”

-Feeds a powerless Gospel to a sick nation, a Gospel that does not deliver us from evil, but even worse, makes those who have already been converted still weaker, the church must think it is a game.

-When the church no longer views the works of Satan as the enemy, but believes the worst thing that can happen is to have an unsuccessful life—the church is just playing a game.  The only solution is a return to the Bible.  The Bible needs to set fire to our sermons.

Sadly, even many of my Spirit-filled acquaintances are also playing games.  Facebook is like a Petri dish for Pentecostals.  In one compressed medium you witness the banal bacteria that excite Charismatics today.

-Titles like Prophet, Bishop, and Apostle are flung around indiscriminately.  Every garish emotional experience is hawked as being from God.  One “prophet” says he went back in time and visited Moses.  Who of us has not scratched our heads at preachers in ill-fitting jeans, live-streaming from a near-empty church, telling us that they are the ‘vessel of the hour’?

– Conferences promise that you will get “a word from God” if you pay a fee…as if the Holy Spirit was some kind of On Demand Movie Channel.  Or they offer formulas to “activate” blessings.  This is New Age philosophy.  God is not a force to be manipulated—He is an awesome person to be adored and obeyed.  God is not your shield and butler! Gifts arrive, as the Spirit wills, to those whose hearts are broken and those who are emptied of self. His gifts are for the lost, the poor, and the forsaken.

-Everything seems based on angelic visitations, dreams, visions, and trips to heaven.  Most of our time is spent on these ‘experiences’ rather than on rock-solid instruction from the Word of God.

I believe in dreams, prophecy, healing, angels, and visions—but if they are from God, they will drive us to the front line of the culture war, and not into emotionally comfortable safe-zones.

“The weapons of our warfare are not carnal, but mighty to the tearing down of strongholds.” (2 Corinthians 10:4)

We are nowhere near tearing down any kind of strongholds—because we think it’s a game. We insulate the supernatural from the ones who need it most. We are role playing. We are doing our own version of dungeons and dragons. 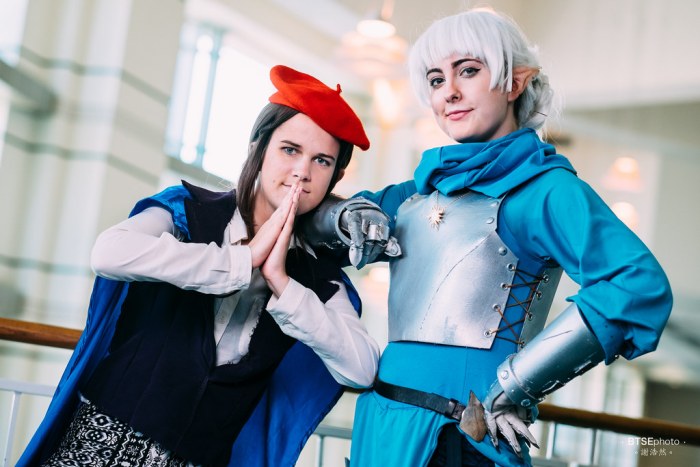 Beloved, this is not a game.  When Christians toy with materialism, celebrity, alcohol, compromise, and carnality—it spells doom for America.   Right now, giant media sources such as Google, Facebook, Apple, YouTube, and the rest of Silicon Valley, are threatening to pull the plug on Christians, Christian Schools, and churches.  Pinterest has already been caught deleting posts containing scripture. Every day they inch closer to full censorship.  Will your zany videos matter, when they are immediately taken down and no one can see them?

Our preaching ricochets off a culture careening into indescribable debauchery.  Soon it will be illegal to preach the doctrines you are now ignoring.  What a horror!  Pastor, you will wake up one day feeling remorse over the truths you ignored, because now it’s too late—they have been banned.

I am often asked, “Mario is there any hope?”

The answer is, “Yes! Because my hope is founded on God’s fierce love for America!  He will not let this nation go, without a fierce fight.  My hope is also in some of the last people you would expect.

My hope is in the discouraged preacher.  They are the honest-to-God preachers, who feel like fools when they see the runaway success of those who have compromised their ministries.

Psalm 73:12 “Behold, these are the ungodly who are always at ease; they increase in riches. 13 Surely, I have cleansed my heart in vain, and washed my hands in innocence. 14 For all day long I have been plagued, and chastened every morning.”

My hope is in those who chose to fail honestly, rather than succeed artificially.

Are you struggling with decreasing numbers and falling finances, even as you present Christ-centered, Bible-based-truth from your pulpit?   God sees you! Hold on just a little longer.  Fire is coming that will cause such a stampede that you won’t know where to put the crowds.

My hope is in the Christian nobodies.  Have you failed?  Did man take away your pulpit?  Get ready…your brokenness is a key to the fire of God in this hour.  A nationwide hunger for reality is about to make shallowness obsolete.

Are you a teacher, business person, police officer, or stay at home mom?  Do you burn with a passion for your community?

Get ready for vision and anointing! They are about to break out, right where you live!

The hour is so dangerous that God must bring down religious empires, while promoting others to great power and influence.  Satan is also playing games.

I believe that God is not playing games. Using the last people we would expect, He is about to teach Satan what war really looks like!

← The Convention is sold out Separate →