Satan’s bait in the Ukraine

We can all agree that what Putin is doing is inhuman and barbaric. Nevertheless, the war in the Ukraine is not our war. It is a globalist war. A war without heroes on either side. And, it is a war we must avoid. Our sons and daughters should not be sent to die in this war.

The true victims are the Ukrainian people. We will talk later about what we can do for them.

The European Union encouraged the Ukraine to take a hard line with Russia. They promised to have their back if Putin did anything. Now they have backtracked and are only granting token support.

Are they hoping, yet again, that the United States will step in and take the lead—even if it leads to World War Three?

Hearing Americans rooting for action and rallying for us to send troops to die in the Ukraine is utter madness.

Have we learned nothing from our disastrous involvement in Vietnam? Afghanistan? What about Iraq?  Even the New York Times was claiming that Saddam Hussein had weapons of mass destruction. He did not. The same mechanism that duped us into the war in Iraq is doing the same thing now. The same people who profited from the war in Iraq stand to profit in this one.

Why are you not suspicious when MSNBC, CNN and all the other Leftist hollow heads are unanimous in the drum beat of war? Why are you agreeing with the same people who locked down your church, forced masks on your children, and made billions off of forced vaccinations?

Are you buying the new-found patriotism of the Left who want us to attack Russia? This from the very ones who have proven, again and again, their mortal hatred for all things American?

Do not take the bait. This is Satan’s bait. It is a distraction from other critical issues.

1. This is a distraction away from the corruption which is about to be uncovered. A wise man once said, “A lie can travel half way around the world, while the truth is still putting on its shoes.” Well brothers and sisters, the truth finally got its shoes on. How convenient that the war in the Ukraine arrived just as the world was waking up to the truth about the present administration?

The truth about Hillary, Hunter Biden, the Wuhan Lab, Fauci, Pfizer, election fraud, mass profiteering, and the backlash against their cramming CRT, transgender and other sexual perversions down our throats got too close for comfort, and the Left needed another distraction. This is a distraction! It is meant to cause us to take our foot off the gas, just as we are about to uncover mass corruption.

2. It is a distraction away from Democrats passing the most evil laws ever. While you were looking at the war in Ukraine, Colorado passed a law that allows abortion, even at full term.

Maryland goes one better. It is a monstrosity called Senate Bill 669. It reiterates current law that deprives fetuses of all rights, meaning they could be the subjects of live experimentation when that is technologically feasible. The language of this Satanic bill is chilling:

“Nothing in this section shall be construed to confer personhood or any rights on the fetus.”

Next, the bill would prevent investigations and legal penalties for abortion at any point in the pregnancy and “perinatal” deaths caused by “failure to act” — which extend from the 22nd week of gestation.

That means a baby may be neglected and allowed to die even 28 days after it has been born alive.

That means a baby may be neglected and allowed to die even 28 days after it has been born alive. It states:

“This section may not be construed to authorize any form of investigation or penalty for a person:

(1) Terminating or attempting to terminate the person’s own pregnancy; or

(2) Experiencing a miscarriage, perinatal death related to a failure to act, or stillbirth.”

This means that a baby who survived an abortion can be allowed to die without care, and no investigation could be pursued nor legal penalty applied.

Imagine letting a newborn that survives an abortion go without any attention, medical or otherwise, for up to 28 days?

3. This Satan’s bait also distracts us away from the midterm elections.

To rehabilitate their heinous history, the Democrats now want to appear patriotic. They want to drum up the kind of patriotic fervor that existed during the Second World War. They are even saying Putin is worse than Hitler.

They want to ruin our best chance in decades to finally depose a depraved Congress.

I do not care how spiritual your pastor sounds when he or she says you should ‘stay out of politics’. Staying out of the midterm elections would be the worst thing the American church will ever do. This is our chance—maybe our last chance—to make them pay for the towering list of evils and misery they have heaped on the American people.

The Ukrainian people—and not the corrupt regime—deserve all of the help we can give them. But we must not be distracted from an enemy at home that is just as lethal. The Left is equally at war with our freedoms, even if they are not yet turning their guns and tanks on American citizens.

Keep your foot on the gas. Let us first win this war against evil at home. Then we will be better equipped to deal with evil in other parts of the world.

← WHY THE FLAMES WILL NOT DIE DOWN. CONFIRMED MIRACLES AND THE DAWN OF A MOVEMENT. A STUNNING TESTIMONY FROM THE TENT. AND WHY OUR OUTREACH EXPLODED. → 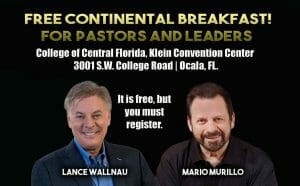 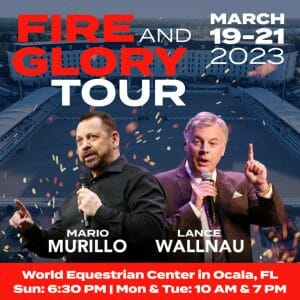