HAS THE CHURCH LEARNED ANYTHING DURING THIS SHUT DOWN?

But it’s a virus, not a revival that brought about those things. It is a tragedy of worldwide proportions that is killing innocent people and heaping misery on humanity.

Is the virus the judgment of God? All I know is that God told me this was coming. On May 1, 2018, I wrote about a crisis that could empty mega-churches overnight.  I wrote, “Can this mean that lavish centers of worship can suddenly go missing? Can we afford to assume they cannot?” You can link that blog here: https://mariomurilloministries.wordpress.com/2018/05/01/worship-leaders-dressed-like-hookers-and-drunk-pastors/

Here’s the picture of an empty mega church that appeared with that post.

Then in November of 2018, I wrote, “If the church will not rise up and speak…God will turn even nature against us to spare America.” You can read that blog here: https://mariomurilloministries.wordpress.com/2018/11/25/i-am-not-a-prophet/

Evil men brought this upon us. Scientists knew about this threat 13 years ago. Experts warned the world’s leaders that the Chinese needed to stop eating bats, and that it could transfer the coronavirus to humans and cause a worldwide infection. But, no one listened. (Keep that ‘no one listened’ part handy, because it will keep coming up).

Biden says his handling of the swine flu will show Americans he’s better than Trump. Liz Peek wrote, “Biden frequently boasts that his management of the swine flu epidemic should convince voters that he is better equipped than Trump to combat the coronavirus. That disease, which broke out in 2009, infected 60.8 million Americans, hospitalized 274,000 and killed 12,469, according to the CDC. In fact, Biden had little to do with the response to the swine flu outbreak; rather, the CDC managed the epidemic.”

Obama put no social distancing, no testing, and no travel bans in place. Worst of all, they did not use the crisis to set up a system to handle future pandemics. Evil men have brought this upon us. And evil men ran cover for Obama over that epidemic. 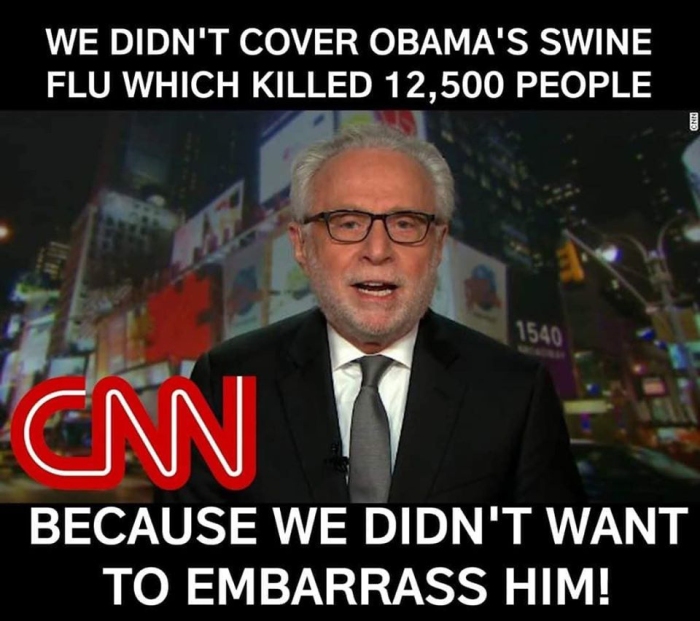 America asked God to get out of every aspect of our lives. The pagan American culture pushed sexual debauchery to the limit, supported the human sacrifice of 54,000,000 babies who were killed by abortion, and then arrogantly assumed nature would just go along with it.

The earth was created by God. The earth draws its life from God. The earth is made up of both natural and moral protections.  Man, rebelling against God, brings about death. That is not religious guessing, it is just plain fact. We have tampered with protections we don’t even understand. We did not listen.

Many American Christians are still not listening, and neither are many preachers. There is no indication that the church at large has learned any lesson from the shutdown. We see no sign of permanent change on any major issue. Most leaders are just hankering for this crisis to pass and for things to open back up, so they can restart the engines of their empires. They don’t realize that the era of their man driven preaching-palaces is at an end.

And when someone does make a statement of repentance, it is at best, half-hearted and feeble. They suddenly start talking about repentance, soul winning, and prayer. You ask, “Mario, what could be wrong with that?” To demonstrate what is wrong with it, I want to highlight a moment in the 1950’s Quiz Show Scandal.

Charles Van Doren, of the celebrated literary and intellectual family of Van Dorens, became a national celebrity in the 1950s on the quiz show 21. After a long winning streak—and mounting evidence that he was cheating with the help of the show’s producers—he appeared before a Congressional subcommittee and confessed his wrong doing.

Corrupt politicians, trying to protect the reputation of Television, commended Charles for his confession. Then the congressman from New York, Steven Boghos Derounian said, “Mr. Van Doren, I am happy that you made the statement, but I cannot agree with most of my colleagues who commended you for telling the truth, because I don’t think an adult of your intelligence ought to be commended for, at long last, telling the truth.” 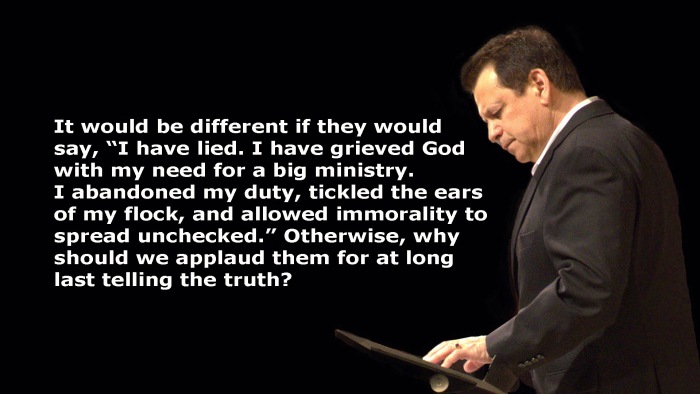 Neither should Preachers of the Gospel be commended for declaring the need for repentance, soul winning, and prayer—if they don’t also repent of years of deliberate neglect and even opposition to these vital truths. It would be different if they would say, “I have lied. I have grieved God with my need for a big ministry. I abandoned my duty, tickled the ears of my flock, and allowed immorality to spread unchecked.” Otherwise, why should we applaud them for at long last telling the truth?

Here is the list of things the Body of Christ does that must stop.

However, a glorious new work of the Holy Spirit is coming at the end of this shut down. There is a core of believers and preachers who are using this time wisely. They are on their faces, weeping their way to a fresh anointing and a pure heart that can be trusted with the that glorious work that is coming. That outpouring will only come upon those who follow Revelation 3 where Jesus said, “if anyone hears my voice and opens the door… The burning question is, “Are you listening?”

“Whoever has ears, let them hear what the Spirit says to the churches.” Revelations 2:29

Let us place a new weapon in your hand. Mario’s new book saw this coming and gives the instructions for those who would let God forge them into a nation-saving weapon.

← DO NOT THROW TOMORROW AWAY This Will Turn →