It was exactly five years ago today that I stood before a group of leaders in California and made this prediction: “The church in California has five years. Churches here will either become soul winning centers, or they will end up asylums filled with disgruntled believers who will drain the life out of their leaders.”

I went on to tell them that Hollywood, the state government, tech companies and education would become militantly Left Wing and assault the freedom of religion. Five years is up, and that is exactly where we are.

Many say I should just be rejoicing over the dramatic healings that took place last night in Dinuba. I should be dancing in the spirit over all the souls that are being saved. Indeed, the tent is a sacred center for mighty acts of God. And yes, it is true that many amazing things are happening.

This visitation is so very full of hope, love and joy, that as I exited the tent they brought the mayor of Dinuba to me and he grabbed my hand and shook it, and said, “Thank you so much for coming to Dinuba.”

It is Tuesday afternoon October 8th and, while I am rejoicing, I am sober with a soberness that feels like an impending disaster. 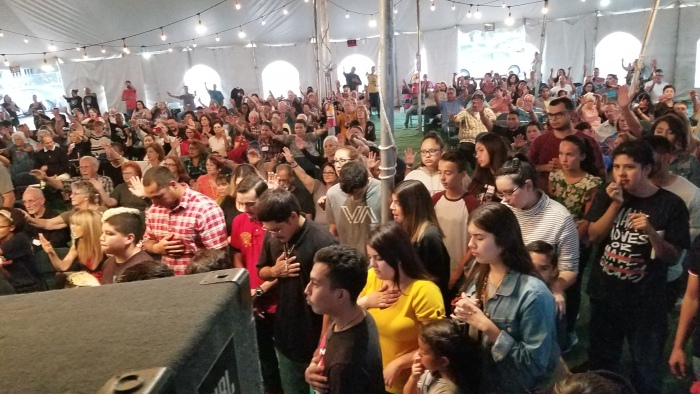 We have had to add chairs every night. The worship has been pure and forceful. Souls have been sobbing at the altar as they received Jesus as Lord. Yet over all this glory hangs an ominous cloud of uncertainty.

It has reminded me of when Jesus rode toward Jerusalem. “As He approached the road leading down from the Mount of Olives, the whole crowd of His disciples began to rejoice and praise God with a loud voice for all the mighty works they had seen: “Blessed is the King who comes in the name of the Lord! Peace in heaven and glory in the highest!” (Luke 19:37-38)

From every angle you would conclude that Jesus is finally being given the glory and adulation that is due Him. Was this finally His great breakthrough? He knew better. Even as Jesus saw the crowds adoring Him, He knew it was too late. The city had been warned, and a deadline had been crossed: God had passed sentence on Jerusalem.

Luke 19 goes on: 41: “Now when Jesus approached and saw the city, He wept over it, 42 saying, “If you had only known on this day, even you, the things that make for peace! But now they are hidden from your eyes. 43 For the days will come upon you when your enemies will build a siege mound against you and surround you and close in on you from every side. 44 They will demolish you—you and your children within your walls—and they will not leave within you one stone on top of another, because you did not recognize the time of your visitation from God.” 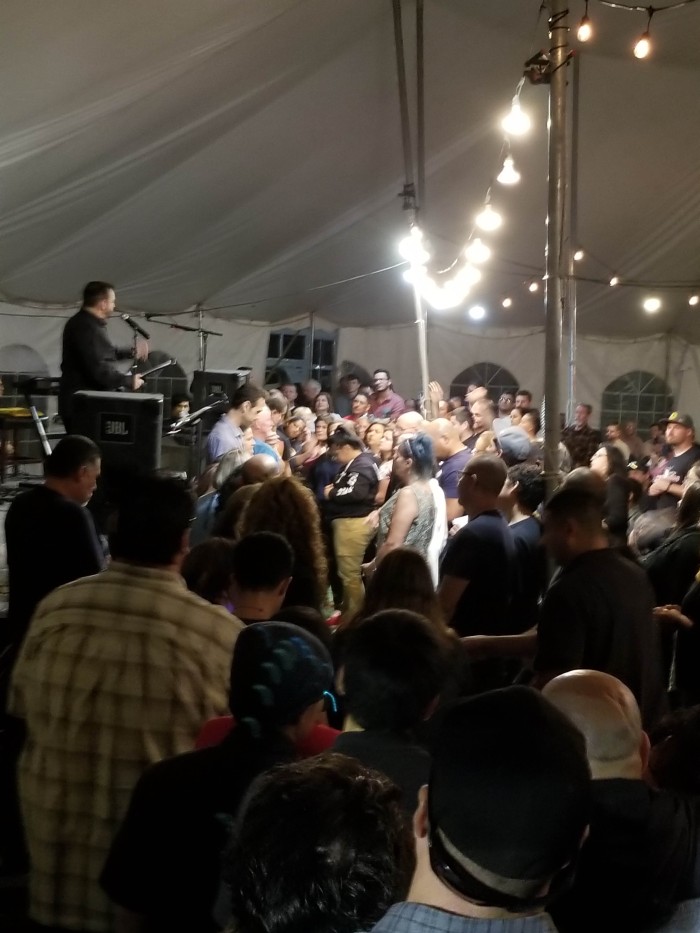 Every night under our tent has seen ever increasing blessings and power. Whereas hundreds used to come, now thousands come. We began with a flow of miracles and souls—now it’s a flood. But will it be enough to avert the judgment of God on California? That question is burning a hole in my heart.

Just because our meetings are awesome doesn’t guarantee statewide revival, anymore than Jesus’ ride through the cheering crowds meant Jerusalem would be saved.

What was the crime that sent Jerusalem to its death? My friend, it’s the same crime that will surely bury our hopes and dreams for California. Jesus declared the reason in verse 44: “because you did not recognize the time of your visitation from God.”

The emotional mood swings are enough to cripple me. I go to the heights of faith when I see the people who are standing with us. Their fervor is astonishing. They run all over the city and bring in the lost and the sick.  Inner City Action led by Frank Saldana is an army that causes me to have total faith that revival is coming.

And then there is the attack of discouragement that tries to hit Mechelle and me.  It’s not the insanity of Sacramento that does it. It is not the foolishness of Hollywood actors who don’t know what they are talking about. It isn’t the media.  It’s not even the horrible headlines of homelessness, addiction and violence

My heartache comes from leaders—leaders who labor under the delusion that there is plenty of time.  And, who believe there is no need for repentance or urgency.  These leaders do not recognize the time of God’s visitation. 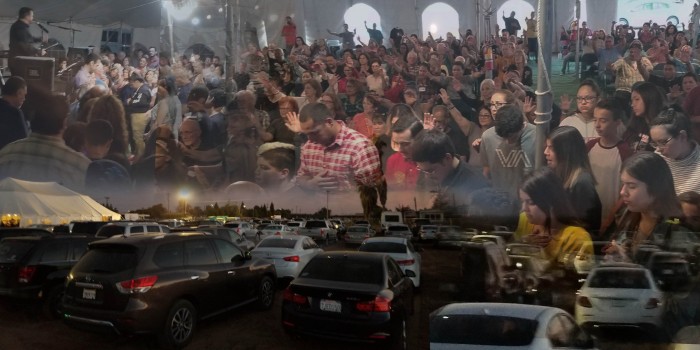 Forget about me. I am not the catalyst to revival. I am not the chief source of anything for California. But for heaven’s sake, you pastors need to at least preach revival—at least call your people to prayer—at least speak out! For one thing is certain, there is not an infinite amount of time left.

Recently, a large church chose not to support us. The leader claimed that he thought we were not financially accountable—which is an absurd claim when you consider that the Charitable Navigators once gave us a 4 star rating—the same as Billy Graham!  It turns out that it was about money—but not our money—his money! He was “reaching out” to the LGBTQ community. That part is great, but here’s the sad truth: That community tithes to his church and he feared that my stance on marriage would cut off their giving.

Whether I am told to avoid preaching holiness or “politics” (another absurdity), it is grievous because they are not aware of the time of God’s visitation. Again, it is not about me. Go ahead and reject me, but when I see you doing nothing to embrace the moving of the Holy Spirit in any form, it grieves my spirit.

No matter what, I will press on. I will stand in the tent in our little corner of our calling and declare it:

THIS IS THE HOUR OF GOD’S VISITATION ON CALIFORNIA.

JOIN US AT CHUKCHANSI STADIUM IN FRESNO OCTOBER 20TH 6PM