How we pray in this national crisis makes all the difference

The Bible shows us that supernatural evil can establish itself in a culture and open a floodgate of misery.  How these spirits can be confronted and driven back in prayer should be the study of every child of God.

All such prayer must begin with a revelation of the original . The crucifixion and resurrection of Jesus Christ inflicted the greatest wound evil has ever known.  Today, we need evil to take another massive hit in America.  To do this we must realize that we are in a war, an invisible war.

The idea of an invisible war raging all around them paralyzes most Christians. Their daily life overwhelms them.  They are losing their health and their mind because of supernatural stress.  Yet, for all of this, they refuse to open their eyes to the war that is costing them dearly. But see it they must, or they will live out the rest of their days discouraged, helpless and exhausted.

Yes, it is chilling to realize that something supernatural hates you and those you love.  It is even more frightening to discover how much destruction to our nation is caused by these principalities and powers.

The Bible has methods for dealing with Satan’s agenda.  God yearns to reveal Himself as a mighty warrior on behalf of those who will take the time to become armed and dangerous.  But instead of heeding the cry of the Holy Spirit most believers are content to live in dread, defeat, and confusion.

The evil one of course, loves it this way.  He wants you to live on the defensive.  He wants you reacting instead of acting.  He wants you to feel that darkness is inevitable and that the works of vile men cannot be reversed.  In fact, the wicked one wants you to believe that the overpowering demands of your everyday life are so great that you cannot even consider being a warrior in the larger battle for the soul of a nation.  How better to dismantle America than to prevent the army of God from ever entering the theater of battle?

Let me speak plainly.  Have you had enough?  Are you ready to reopen the Bible and apply its message of supernatural victory to your life? 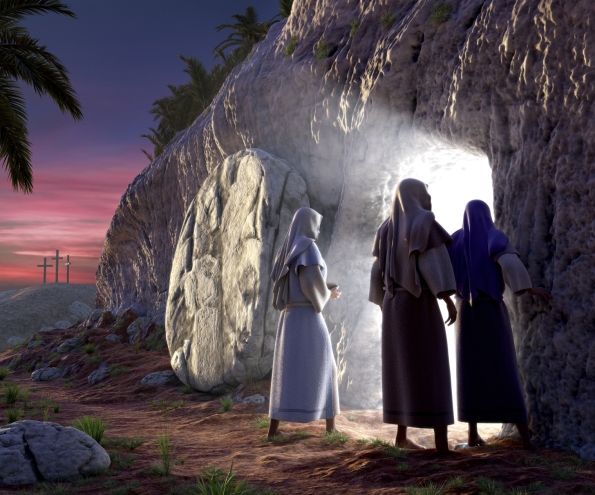 You road map to victory begins by asking the right question.

1. What is God’s will for me as a warrior?  We must answer the bigger questions but this one comes first.  The Bible tells you that your FATHER wants you strong, securing the thoughts and emotions in your mind to force them to submit to truth.  Confess that your father wants to make you mighty through training for and living in a culture of victory forged by habitual breakthroughs in battle.

You must settle the question of your victory in this war.  Yes, you must fight but you are designed for triumph in battle.  Admit that the evil one has had the upper hand because of your ignorance of the Word of God and the heart of God, and that you are done with this ignorance once and for all.

That you may not yet know how to fight does not matter at this point.  You may not yet have your emotions under control.  What you need now is to know beyond knowing that God your Father has assured you inward and outward victory. 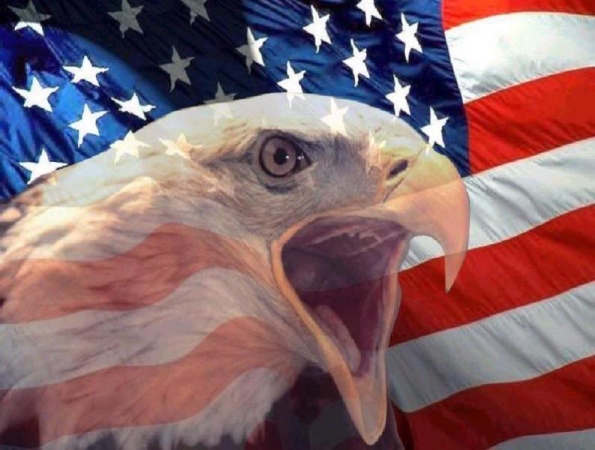 2. Now you must take your stand.  “Stand therefore, having girded your waist with truth, having put on the breastplate of righteousness, and having shod your feet with the preparation of the gospel of peace;  above all, taking the shield of faith with which you will be able to quench all the fiery darts of the wicked one. And take the helmet of salvation, and the sword of the Spirit, which is the word of God.”  – Ephesians 6: 14-17

This is your personal declaration of war.  Some balk at this because the idea that they are challenging Satan awakens fear.  “If I announce my opposition to Satan I open myself up to attack.”  This is a huge misnomer.  You are already under attack.  The only difference now is that you are fighting back.

It is a disastrous myth to think that if you leave Satan alone that he will leave you alone.  As I have said before, that is like believing that the bull will not charge because you are a vegetarian.

Since you are going to be attacked anyway, you must learn how to return fire.  Nothing matches prayer for retaliation against Satan.

3.  Now we must begin praying prayers that get through and prevail. The truth that God has limited some of His activity to our prayers is a great mystery.  However, we do not have the luxury of waiting until we unravel this mystery before we avail ourselves of the great privilege of prevailing prayer.

When Jesus taught us that we need to pray, “Thy will be done on earth as it is in heaven,” the clear message is that God waits for us to enforce the victory He won on the Cross.   Simply put, heaven comes to earth in pieces, in segments as the product of fervent prayer.   We are commissioned, empowered and trained to take high value ground that was once the unchallenged property of Satan.

It is urgent that you see why that after Paul told us to be strong and to put on all of the armor in Ephesians 6, he concludes his admonition with verse18: “praying always with all prayer and supplication in the Spirit, being watchful to this end with all perseverance and supplication for all the saints.”

Prayer and prevailing prayer can look the same but they are completely different.  You may have been praying and then settling for something that is not the will of God.  The angel told Daniel, “Do not be afraid, Daniel, for from the first day that you set your heart on understanding this and on humbling yourself before your God, your words were heard, and I have come in response to your words. 13 But the prince of the kingdom of Persia was withstanding me for twenty-one days; then behold, Michael, one of the chief princes, came to help me, for I had been left there with the kings of Persia.” -Daniel 10:12, 13.

Whatever it takes: The modern spoon-fed believer cannot imagine warring 21 minutes let alone 21 days.  Yet, it is this tenacity in intercession that changes the world.  You pray fervently, utterly and without regard to time or personal sacrifice because your marriage, your children, grandchildren and the miracles that yearn to come are worth it! 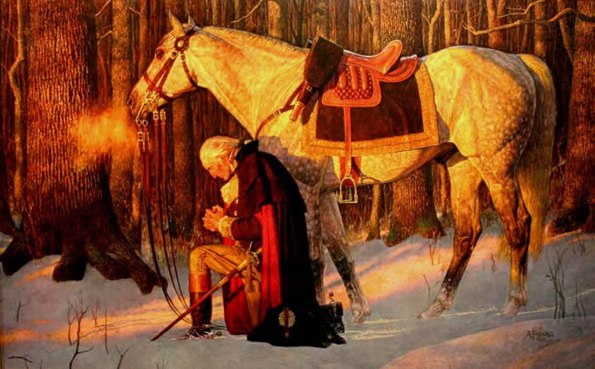 Consider that Daniel did not have the great intercessor Jesus at the right hand of God.  The victory of Calvary was still a future event and its eternal benefits were not yet in place.  How much more then should we feel bolder in prayer than Daniel!

First you counterpunch the attacks in your soul.  Then you take on the attacks on your loved ones.  You enlarge your retaliation to envelope health, finances, taxes, enemies, and your entire daily grind.

With each victory comes a deeper resolve.  You exhale knowing you are finally on the offensive driving back devils that you once tolerated for reasons you cannot even remember.  The days of dread are in your rear view mirror.

Yes, you will be attacked again but now instead of dread you welcome the opportunity to exercise your new found boldness in prayer and to see the new kinds of intervention that the Holy Spirit will unfold.

4. Now you have earned the right to call America back to God through prayer!  You can ask questions you never asked before. Arthur Matthews said, “Questions again flood our minds.  How do these spirit powers exert their influence in society?  Where do they get in?  Is there a distinctive modus operandi that would help us identify them?  What can or what should we be doing to control and prevent their intrusion?”

Here is a historical fact that should deeply sober every American Christian: Israel lost the knowledge of God in one generation.  Judges 2:10,11 says, “When all that generation had been gathered to their fathers, another generation arose after them who did not know the Lord nor the work which He had done for Israel. Then the children of Israel did evil in the sight of the Lord, and served the Baals.” 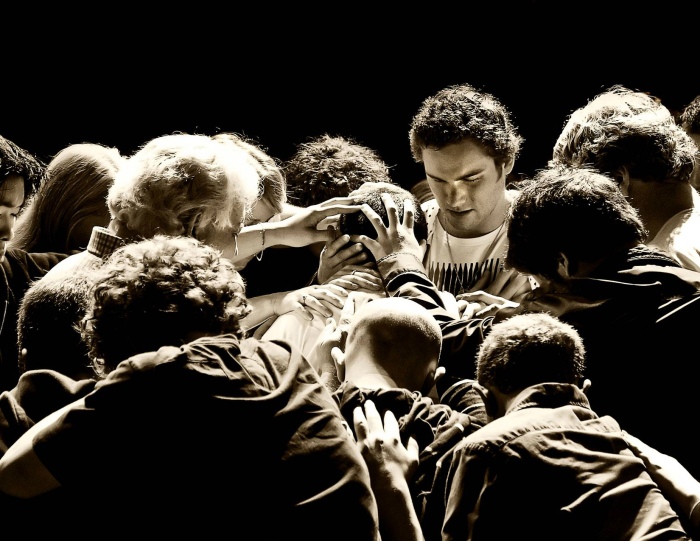 America is repeating this process.  Our government is guilty of outright war on the things that made America great.  Dr. Benjamin Carson, the director of pediatric neurosurgery at Johns Hopkins Hospital “Let’s say somebody were [in the White House] and they wanted to destroy this nation, I would create division among the people, encourage a culture of ridicule for basic morality and the principles that made and sustained the country, undermine the financial stability of the nation, and weaken and destroy the military. It appears coincidentally that those are the very things that are happening right now.”

Satan has saved his very best lie for God’s remnant. Remember that Jesus said “to deceive, if possible, even the elect.”  Satan is plying a special lie on the elect of God!  Satan is even imitating the voice of the Holy Spirit to tell this lie!  He is doing this because this remnant is the final firewall stopping his agenda for America.

In a nutshell, here is the deceiving message from the devil to the righteous core:  “The best days of the Church are behind you.  God must judge America to allow the return of Christ. God cannot do it again because He does not want to. The bottom line of this lie is the times are too hard, the task is too great and we are too small.”

I have heard from sources I trust that our government has dreadful plans to overrule the Constitution and come after our freedoms.  What do we do with this information?  The saints in Damascus heard Saul of Tarsus was coming with authority from the government to arrest and execute Christians.

Those believers could have cited end time prophecy to justify running and hiding but instead they took their stand.  They set themselves to fervent prayer and unleashed heaven on the situation.  A light blasts Saul off of his horse ending the threat.  As a bonus to this victory, the Church gets a new Apostle named Paul.

In this hour, our revival prayer must be mingled with two seemingly opposing attitudes:  An utter desperation that admits that God must do it again, and a violent confidence that God will do it again! 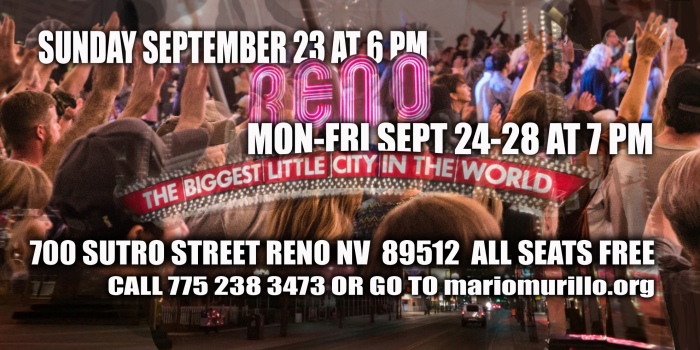