I was minding my own business winning gang members, addicts, and college students to Christ.  I loved my life.  There was no way I wanted to get in this fray.  God ordered me to warn the churches of impending disaster.  It meant rebuking their violations of scripture, rampant immorality, and political heresy.

No way I wanted to do this.  That’s why the life of Amos the prophet was a comfort to me.  He said “I’m not a prophet nor the son of a prophet.”  He was content in what he was doing.  He was a successful herdsman.  He was from Judah and the sins of a separate Kingdom didn’t matter to him.

He didn’t care about the conditions in Israel—he was from Judah.  God recruited him for the larger war where disaster was looming.  He didn’t pick the fight.  God brought the fight to Amos.

God is warning us from the book of Amos.  Here is where carnal preachers will point out that we don’t need the Old Testament.  Yet, Paul said to Timothy, “Until I come, devote yourself to the public reading of Scripture, to preaching and to teaching.” -1 Timothy 4:13.   Since there was no New Testament, he could only have meant the Old Testament.

According to Amos, the central altar of God had been replaced by rogue altars.  At these altars, pagan superstition mingled with Jewish tradition.  They left the Bible out of their worship.  God’s warning was clear: “tear them down or I will.”

Today, churches have built rogue altars.  Worship leaders prance church stages in stripper outfits.  They see nothing wrong with it.  They even teach that the body is a beautiful thing and if you have bad thoughts, it’s in your mind.  The Bible disagrees.  Proverbs 7: 10 Says, “And there a woman met him, With the attire of a harlot, and a crafty heart.”  The NIV says, “clothes of a prostitute.” The Word is saying if you wear the uniform, there’s got to be a reason.

We have pastors getting drunk with their staff after church.  They began by justifying wine and then moved on to hard liquor.  They justify it with grace teaching from beyond the Bible.

Both acts come from the same wickedness—abandoning the Bible.  The Bible is gone as a standard.  It is no longer regarded as the word of God.

Now, if you ever listened to anything I have ever said then get this: You are watching a moral civil war.  A great army has come against us.  They are not Russians.  They are not Iranian.  They are Americans.

They are a confederation of teachers who want to teach your child how to use sex toys—who want to get them to experiment with gender.  They are politicians who believe the family must be removed to make way for a socialist society.  They are actors, professors, authors, news casters, and a litany of anti-God/anti-American ideals.

They have already systemically changed California into a separate nation, and without a miracle will spread like cancer to the rest of the United States.

Why am I engaged in this fight?  Because soul winning in America will be virtually impossible if our freedoms are destroyed.

The ideas and values that created America are under heavy attack.  It is not just a physical war it is in the spirit world.  Demonic engines drive this agenda.  That makes the carnal church and her leaders special villains in the eyes of God.

Scantily clad women on stage and inebriated ministers are no longer just a matter of hypocrisy and carnality…it is blasphemy.   When they—who are supposed to be leading the charge against darkness—instead, help advance the darkness, they are traitors.  But doing it when it helps destroy our freedoms makes it high treason.

It is left to the Apostles, Prophets, Teachers, Pastors and Evangelists to take up the mantle for this hour.  But, to our great horror…instead of purifying themselves for the battle of their life—instead of seeking holy fire to combat the evil—many are gorging on cheap grace, testing the limits of decency, and falling into dangerous addictions.

Hear the word of the Lord: Amos 3:13 Hear and testify against the house of Jacob,” Says the Lord God, the God of hosts, 14 “That in the day I punish Israel for their transgressions, I will also visit destruction on the altars of Bethel; And the horns of the altar shall be cut off And fall to the ground. 15 I will destroy the winter house along with the summer house; The houses of ivory shall perish, And the great houses shall have an end, Says the Lord.”  Can this mean that lavish centers of worship can suddenly go missing?  Can we afford to assume they cannot? 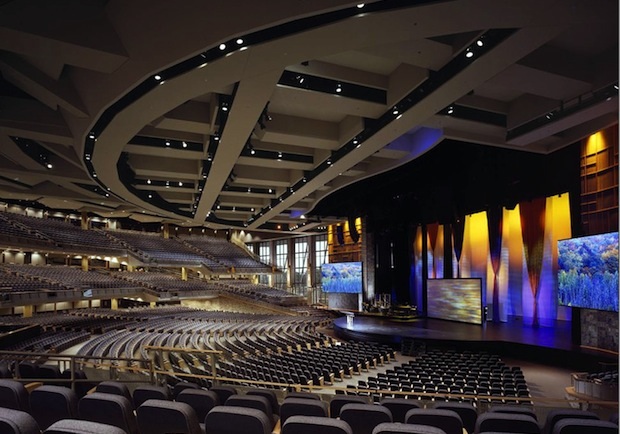 Two years later, an earthquake destroyed everything Amos targeted.  This does not just apply to California, but to every church in America that has built idolatrous altars.

You are helping destroy the miracle of liberty that came from our Declaration of Independence and our Constitution.

But Isaiah said, “tell the righteous it shall be well with them.”  This is the hour for the remnant who love God and seek His face to feel comfort.  You will be spared.

In fact, at this moment, heaven is releasing power for miracles, words of prophetic might, and great resources to do the work of God.  Those who have kept their integrity–and perhaps labored in obscurity not seeing results—will receive great power and multiplication.

For the rest there remains an ominous warning: In your carnality, you are one the greatest threats to freedom.  Again, you are aiding and abetting the destruction of a great miracle—the miracle of liberty that came from our Declaration of Independence and our Constitution.

If the church will not rise up and speak…God will turn even nature against us to spare America.  Matthew Henry said something chilling in his commentary on Amos: “If men will not destroy idolatrous altars, God will, and those with them that had them in veneration.”